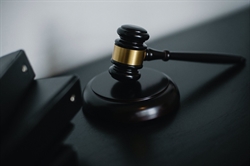 RESCHEDULED TO THURSDAY, OCTOBER 7 FROM 12-1 PM.

This event is part of The Advocates' commemoration of World Day Against the Death Penalty on October 10, 2021. The theme for World Day 2021 is Women Sentenced to Death: An Invisible Reality. Justice Ginsburg was a champion of women's rights, and she also famously said, "If I were queen, there would be no death penalty." Faced with a majority of the Court willing to uphold the constitutionality of capital punishment, Justice Ginsburg often favored the rights of people sentenced to death and restrictions on the death penalty. This CLE will examine several of Justice Ginsburg's opinions relating to the death penalty, including Moore v. Texas (2017); Maples v. Thomas (2012); Connick v. Thompson (2011)(dissenting); and Skinner v. Switzer (2011). It will also discuss the ACLU amicus brief she wrote in Coker v. Georgia (1977), and her subsequent reflections on that brief.