A Day in the Life of an International Justice Program Intern 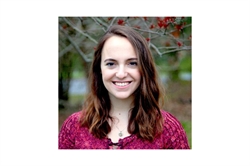 I've had an incredible experience interning with The Advocates in the International Justice Program this summer and fall. One of the things that made this such an impactful experience was the wide range of issues that I was exposed to, particularly through reading and working on reports for UN human rights mechanisms. I conducted background research for, wrote, and edited reports about human rights in various countries for the Universal Periodic Review (UPR) and treaty body reviews. I learned about issues like LGBTQI rights in Tanzania, civil and political rights in Ethiopia, and the death penalty in Yemen. I gained an understanding of how the human rights review process works at the United Nations and of the different human rights treaties and treaty bodies that enforce them. I really enjoyed learning about the role of civil society in contributing to human rights review within the United Nations, including all the steps that go into the production of reports for these review mechanisms. It was a unique experience not only to read about this process and learn about it on a theoretical level, but also to directly participate in it at the same time.

I also gained valuable knowledge from the other assignments that I worked on and from the opportunities that I had access to as an intern. Through writing case summaries for the Human Rights Tools for a Changing World manual, I learned about advocacy efforts like congressional lobbying by Uighur rights advocates and members of the Ethiopian and Armenian diasporas and other tactics for advancing human rights like coalition building through Mutual Assistance Associations. While writing summaries of past reports for The Advocates' website, I learned even more about the human rights situations in countries that I had never read about in depth. I attended the online 2020 Upper Midwest Immigration Law Conference, where I was introduced to immigration law in more detail. I also learned about strategies that human rights defenders use in their research and advocacy work through events like a webinar on New Tactics in Human Rights' Tactical Mapping Tool and an online course on field research. This variety of projects and events exposed me to human rights issues in so many different parts of the world and to a variety of strategies that can be used to address human rights violations.

One of my favorite events was an early premiere of the film Welcome to Chechnya. The documentary focuses on violence against LGBTQI individuals in Chechnya, the work of LGBTQI rights activists to rescue individuals persecuted by the Chechen authorities, and the experiences of LGBTQI Chechen refugees. The Advocates organized a post-film discussion with director David France and staff at the Moscow Community Center for LGBT+ Initiatives featured in the film. Earlier in the summer, I helped edit a Suggested List of Issues about LGBTQI rights in Russia and contributed to expanding the section on abuses against LGBTQI individuals in Chechnya. While I had heard about violence against LGBTQI individuals in Chechnya in recent years, I didn't know very much about the context or details until I worked on this assignment. Helping with this report provided me with the perfect amount of background information to really understand the documentary in context. I was amazed by the bravery of the human rights defenders who helped LGBTQI individuals escape Chechnya and the bravery of the individuals themselves who were forced to flee such extreme persecution. It was amazing to hear directly from Olga Baranova, one of the activists featured in the film, during the film discussion over Zoom. Her work made me realize what a significant difference one person, or a small group of people, really can make in fighting against injustice and in protecting people whose rights are violated.

I also loved attending RightsCon, an annual convention on human rights in the digital age, which was held remotely this summer. The discussions engaged with themes like protest, participation, and political change; content governance, disinformation, and online hate; privacy and surveillance; and civil society resistance and resilience, among others. I attended panels and seminars on a wide variety of topics, ranging from the use of data collection and open-source investigation in accountability work in the Middle East, to challenges in detecting the use of bandwidth throttling and internet shutdowns by governments, to the importance of archiving evidence of human rights violations using reliable platforms. Many of these topics were completely new to me and outside the range of issues, technologies, and strategies that had been on my radar.

During the summer portion of my internship, I also watched and took notes on Human Rights Council sessions related to human rights conditions in various countries like Belarus, Burundi, and Georgia. This assignment offered me an informative glimpse into what actually goes on in UN meetings. This summer in particular was an extremely interesting time for me as an American to observe Human Rights Council meetings. In June, following the killing of George Floyd, the Human Rights Council held an urgent debate about systemic racism in law enforcement and police violence against protesters in the United States. Philonise Floyd, George Floyd's brother, spoke at the session. He urged the Human Rights Council to establish a commission of inquiry to investigate police brutality against Black people in America. The United States was not present at the meeting. At the intern and staff meeting following the urgent debate, we talked about the fact that this was unusual, as countries typically take the opportunity to respond to criticism or comments directed toward them at Human Rights Council meetings. It was helpful to hear comments about the urgent debate from the International Justice Program Director and Senior Staff Attorney because they highlighted noteworthy details I otherwise may not have noticed or understood.

One of the most valuable pieces of knowledge that I've gained from this internship is a much more well-rounded understanding of the human rights review process at the United Nations, as well as civil society's role in holding countries accountable for human rights violations and for following through with promised reforms. I gained exposure to so many different human rights issues in different countries, as well as the unique issues that certain countries focus on when participating in peer review processes like the UPR. I also gained a better understanding of the politics that play out during the UPR and during Human Rights Council sessions, where the relationships between member states affect the issues that are emphasized or overlooked when a particular country's human rights conditions are reviewed.

Interning with the International Justice Program has been immensely rewarding, and I'm so grateful to have had this experience. I've been so inspired by the International Justice Program staff and their dedication to working to address human rights issues around the world. Observing the work of the staff in all of The Advocates' programs has been enriching and inspiring and I look forward to keeping up with The Advocates in the future and continuing to follow all of the incredible work they are doing.