Celebrating victories in an imperfect system 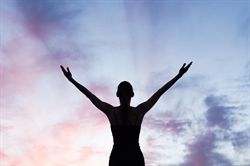 I will admit that when I realized that I had scheduled myself for court observation the Wednesday prior to Thanksgiving, I had not considered all the last-minute errands that would be put on my list, as the sole able-bodied member of my household. So when I woke up to heavy snowfalls and school cancellations that Wednesday morning, I felt a small surge of relief, mixed with guilt. However, when I called, I was informed that Immigration Court was moving forward, full stop. So out I went.

When I saw this particular case involved a woman (I’ll call her Mary – not her real name), my interest was piqued. It’s not all that common for women to appear on the detained docket at the Fort Snelling Immigration Court. The facts of the case were sad: Mary had been arrested after a loud, violent domestic incident had been reported to the police. I do not know whether her partner was also arrested. An immigration judge had already denied her request for release on bond, citing the domestic assault charges as evidence that she was a danger to the community.

But today her request was being re-heard by a different judge.

With her was a new lawyer, and his impassioned defense was the first inkling that this hearing was not business as usual.

The judge explained that she needed evidence of a material change in circumstances in order to consider granting release on bond. The attorney replied that her previous counsel had been ineffective. The previous counsel had failed to uncover the years of domestic abuse that Mary had endured at the hands of her partner. He not only abused Mary, but also threatened her children, several of whom were in the courtroom that day. Her lawyer emphasized that no one had spoken directly to the children during the police investigation of the incident.

He submitted a 315-page document to support the request for a bond, including dozens of affidavits of support from her community. He said that she had never been in trouble with the law previously, that this was her sole offense, and most importantly, that she had been acting in self-defense of herself and her children. Mary had an upcoming child custody hearing with this partner and was determined to retain custody of her minor children. She was clearly not a flight risk, because that hearing was her top priority.

The attorney asked for a $2000 bond because of their impoverished circumstances and the fact that she had been in custody for nine months. NINE months! [me, not the attorney]

Imagine my surprise when the judge almost interrupted the government lawyer to say that she was going to rule in Mary’s favor. There was a slight difficulty with the microphones that day which made hearing just a tad more difficult, and the judge was speaking rapidly. Everyone in the courtroom leaned forward to hear what she was saying. She went on to cite well-established research in the area of domestic violence that found that typically law-abiding and nonviolent individuals will resort to self-defense to protect their children. In a high percentage of cases, women’s use of violence is actually reactionary or defensive and often preceded by severe acts of violence by their partners.

By that time, her words had been translated. I looked over and saw that Mary was sobbing. The judge set the bond at $5000 and the attorney wheeled around to look at her daughters to get the OK. They were both sobbing but they nodded yes. Then I saw that most everyone in the courtroom was teary-eyed and some were openly crying. I’m crying now as I remember. Mary managed to gasp out “thank you, thank you” as she was led away.

I stopped myself from running after the daughters to write them out a check for $5000. Really, I’m not sure what good retirement savings are – they seem like almost unbearable privilege – when we live at a time when such terrible indignities can be visited upon people like Mary. But I knew that it would be breaking the rules of no interaction with those we observe. I was glad to have learned through the Human Rights Defender Project (court observation) about the immigration bond fund with The Minnesota Freedom Fund.

I was very glad to have witnessed such an uplifting outcome for Mary, even though the way ahead would be difficult. She would be with her family at Thanksgiving and that was a tremendous blessing for us all.

By Susan Herridge, a volunteer court observer with The Advocates for Human Rights under the Human Rights Defender Project.

About the Human Rights Defender Project:  People detained by federal Immigration and Customs Enforcement (ICE) face barriers to basic human rights. While people detained by ICE have the right to legal counsel, they do not have the right to a government-appointed attorney. Many people, regardless of age or capability, have to represent themselves in immigration court. Detention undermines the ability to seek and enjoy asylum from persecution, to remain with family, and to a fair day in court. Although immigration court hearings are open to the public, few people witness these proceedings.

The Human Rights Defender Project Court Observers help bring transparency and accountability to this system. Court Observers attend hearings and report on issues of concern including access to counsel, family and community support, and interpretation; the manner of arrest; and the ability of individuals to raise defenses to deportation.

No immigration experience or law license is needed. This community service opportunity is open to all. Court observers must have valid government-issued photo identification to enter the immigration court. Learn more and volunteer here.

This project currently is open to observers at the Fort Snelling Immigration Court only.