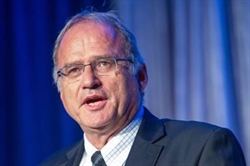 Christof's work has been critical to our work to prevent and hold people accountable for extrajudicial killings in Minnesota. As we wrestle with the standards for our police and our government when private citizens are killed by armed state actors, we can see how strong international standards can help us as well. International law recognizes that effective investigation, legal process, and accountability are essential to prevention.

In his work on law enforcement and use of lethal force, Christof advanced the international legal standard that life may only be taken as a last resort, if it is the only way to protect another life. His work truly is as relevant to our community as to any around the world.

Christof lived his life in a way that exemplifies the human rights principles of dignity, equality and respect. We join countless others in mourning his death but know that Christof leaves the world better equipped to hold governments accountable and ensure justice for the victims of human rights violations and their families. We thank him for that.