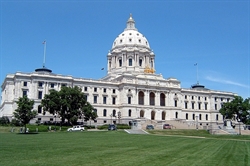 On March 24, 2021, many Minnesotans were shocked to learn that state law does not punish the sexual violation of a victim who became intoxicated by drinking voluntarily. The Minnesota Supreme Court, in State v. Khalil, determined that the criminal-sexual-conduct statute applies only if the intoxicant was administered without the victim’s agreement. They overturned Mr. Khalil’s conviction and started a firestorm among members of the public and the media.

But this result was no surprise to many who work within criminal legal systems. It confirmed what survivors, advocates, and prosecutors have complained about for a long time: the statute leaves a gap for those victims who used an intoxicating substance intentionally to the point of extreme intoxication, but not to the point of being all but unconscious – “physically helpless” – by legal definition. This gap and many others were the subject of an 18-month effort by numerous stakeholders, resulting in two legislative bills currently on the table. The Advocates’ staff attorney, Kaarin Long, was among those stakeholders.

Among the many important provisions in these bills are these:

These provisions are based on the experiences of survivors and those who wished to seek justice for them, but could not do so based on current law.

The House Bill (HF707) has passed its House committees, and the Senate Bill (SF1683), is proceeding through Senate committees now. Although the language in the bills has been vetted by a wide and diverse array of professionals and survivors, there is no guarantee that the Senate will pass the language so that it can become law. Our call to action: please contact your senator and ask that they encourage GOP Senate leadership to pass the entire bill, not solely the intoxication provision. Let’s not wait any longer to create accountability for the harm of sexual violence.