Racism and Sexism in the Atlanta shootings: Must It Be An Either/Or? 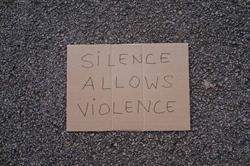 The recent shootings in Atlanta reveal what happens when racism and misogyny converge in tragedy. We often see only one issue (racism) while ignoring the other (misogyny). Yet the murder of women because they are women, known as femicides, is rampant. Every hour, six women are murdered by a man somewhere in the world. In the United States, an estimated 1,840 women were murdered by men and boys in 2018. And in Georgia, 74 women were killed by men during that same year. Despite the sky-high numbers, we don’t read about these femicides in the everyday news. Yet, it was the killing of eight individuals, seven of them women, that grabbed national headlines on Tuesday. The defining feature of the Atlanta spa shootings was that six of the victims were Asian women, and in the wake of harassment of Asian Americans nationwide, the murders seized national attention and condemnation.

The shootings come at a time when we are seeing a wave of attacks against Asian Americans. Earlier statements by President Trump blaming China for COVID-19, calling it the “Kung Flu” and “China Virus,” fueled anti-Asian sentiment. Such racism was not something borne out of the pandemic and its misattributions to the Asian community but has been long embedded throughout history. Discrimination against Asian Americans range from the Chinese Exclusion Act of 1882 restricting migration of Chinese workers to the Japanese internment camps during WWII. Throughout time, we have also seen private actors exerting their own violence and discrimination through deeds and words. In some cases, we see community members themselves inflicting acts of violence upon members of the Asian community. During the 1871 Chinese massacre, rioters murdered 10 percent of Los Angeles’ Chinese population. Today, we see a tragic repeat of that violence directed at Asian women in the Atlanta shootings at the spas.

News coverage has consistently pointed out the suspect’s denials of racial motivation. While the media highlights his addiction to sex as the motivation, it redirects readers’ attention to the spas as illicit massage parlors found on erotic review websites. In doing so, the media skims through the glaring point that the shootings are, quite simply, an act of violence against women. It does not matter where they work or what they do for a living. We are in the midst of a global pandemic, but we also have another worldwide epidemic on our hands and one that underpins the Atlanta shootings: violence against women. Violence against women is a worldwide, public health problem that, like COVID-19, affects every country. The World Health Organization estimates that one in three women have experienced physical and/or sexual violence in their lifetime, most often by an intimate partner.

In this case, the suspect proclaimed his need to eliminate the sexual “temptations” created by the Asian women. His statements not only reinforce the sexualized and submissive stereotypes that Asian women endure, but they also diminish his accountability when positioned alongside the illicit—and possibly commercial sex trade—massage parlors. Such talk of temptations, in turn, stirs up the age-old practice of blaming women for men’s bad behavior. We see this excuse repeated over and over again: she was flirting with another man, so he beat her; she drank too much, so he raped her, and in this case, the women were a temptation to him, so he killed them.

While the shootings have been framed as attacks against Asian-Americans, Georgia state representative Nguyen aptly described the shootings as an “intersection of gender-based violence, misogyny and xenophobia.” The mass shootings in Atlanta are more than just another horrific story of gun violence. The shootings are more than attacks against a racial group. They are a manifestation of both a long history of discrimination and misogyny endemic to our culture. Put simply, they are an attack against a particular racial group because they are women. Until we realize this is both an attack on Asian-Americans and women, we fail to see the full picture of intersectional violence. And until we can do so, we will only be addressing one piece of the problem.