Protecting Victims: The Only Way to End Human Trafficking 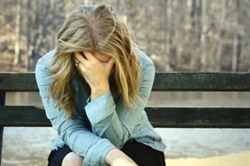 This past August 8th, several black SUVs sped into Christensen Farms in Sleepy Eye, Minnesota, blocking the entrances. As the car doors opened, dozens of Immigration and Customs Enforcement (ICE) agents emerged and surrounded the offices. It was the culmination of a 15-month long investigation and they’d come to arrest people suspected of a criminal conspiracy to hire and exploit undocumented immigrants.

That day, similar scenes played out at other farms and businesses across Nebraska, Minnesota, and Nevada. In total, 17 business owners were arrested. According to the ICE press release, the alleged ring of conspirators knowingly hired immigrants who did not have documentation and then exploited those individuals through coercive measures. More specifically, the owners allegedly forced these workers to cash their paychecks for a fee at illegal businesses, deducted taxes from their paychecks without actually paying those taxes to the government, and coerced the workers into staying silent through use of force and threats of arrest and deportation.

The ICE press release never mentions it, but federal law has a name for this crime: human trafficking.

On its face, it seems like this operation should have given The Advocates and other organizations working to end human trafficking a cause to celebrate. Unfortunately, it didn’t. That’s because these 17 arrests were accompanied by another 133; in addition to arresting the perpetrators of the crime, ICE also arrested the victims.

In other words, even though the people in question had suffered this abuse, and even though there are federal laws in place specifically designed to protect victims of human trafficking, ICE continued to pursue the Trump administration’s tenacious mission to deport all “illegal aliens.” Instead of help and compassion, these victims were met with detention and the looming threat of deportation, and were painted as identity thieves.

From a humanitarian perspective, this type of treatment is certainly shocking and clearly the wrong move. The fact that these are victims of human trafficking, however, makes this heartless response not only cruel but also counterproductive.

While they were still working on the farms, these individuals were kept from leaving or reporting the exploitative situation by the owners’ threats: do anything to stop us and you’ll be arrested and deported. When they arrested these victims and charged them with deportability, ICE followed through on the perpetrators’ threats.

As highlighted in The Advocates’ soon-to-be-released protocol on effective responses to labor trafficking, this type of response sends a message to other trafficking victims that the law is not there to protect them, but rather stands on the side of the traffickers. Ultimately, instead of feeling empowered to speak out, other victims will be even more likely to keep silent and continue to live, work, and suffer in fear. This end result is precisely why the federal protections for trafficking victims were created and why following them is essential to ending this modern form of slavery.

Put another way, rather than helping to end human trafficking in the United States, ICE’s actions ensure that it will continue. One thing is clear: if our country wants to deal effectively with this severe human rights violation, ICE needs to drastically change its approach.

By Rachel Adler, Research, Education, and Advocacy Intern at The Advocates for Human Rights