Our Work: Eradicating Violence Against Women 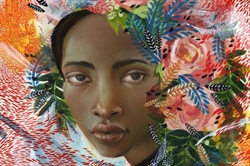 Kofi Annan said this when he was secretary-general of the United Nations:

Violence against women is perhaps the most shameful human rights violation. And, it is perhaps the most pervasive. It knows no boundaries of geography, culture or wealth. As long as it continues, we cannot claim to be making real progress towards equality, development and peace.

Think about that: the most pervasive violation of human rights.

The Advocates for Human Rights, through our Women’s Human Rights Program—and indeed through all of our programs—has a proud history of standing up for women and fighting against gender discrimination and violence. We are fighting at every level.

In the immediate term, we help make women safe by bringing their asylum claims to get them away from their abusers and away from the governments that refuse to protect them.

We also help at the level of changing bad laws. In North Africa, we helped bring about the repeal of laws in Morocco and Tunisia that had allowed rapists to escape prosecution if they married their victims. We also were instrumental in getting Mongolia to make domestic violence a crime for the first time in its history, and in getting Croatia to recriminalize domestic violence after the government had actually taken it out of the criminal code.

Finally, we know that laws are of little use if they aren’t enforced, so we help at the level of monitoring and education. Here in Minnesota, we educated law enforcement and licensing personnel about sex trafficking, leading to a whole new focus on prosecuting the traffickers rather than the victims of trafficking. Because of this work, more than 20 different Minneapolis businesses that were fronts for sex trafficking were identified and closed.

But we all know how much more must be done. Beating and torture of domestic partners is still too often, in too many places, thought of as a family matter, and governments won’t intervene. Vladimir Putin’s Russia has decriminalized domestic violence just as Croatia did, and is also targeting and successfully shutting down human rights organizations there by claiming they are spies.

Then, of course, there is our own country, which has proclaimed by attorney general fiat that even horrendous domestic violence without government recourse should not be grounds for asylum, arresting and jailing, with “zero tolerance,” adult refugees and their children who present at our borders with a legal claim to asylum—people whose only “crime” was to flee beatings or rape or torture and seek a better life in America.

We have to help all women who suffer violence and abuse, but we cannot do our work without your help. Our budget is tiny compared to the impact we’ve had. That’s because our model is to bring the extraordinary resources of our community, including many of the best and the brightest activists and lawyers, to achieve far more than our small size and budget suggest that we could. The only thing that limits us is having the resources to train, coordinate and support even more of this amazing talent.

Many of us see the horrific things on the news and ask ourselves, “What can I do?” Here are two things you can do right now. First, call your Congressional representative to express your outrage over what our country is doing at the border.

Second, go to www.theadvocatesforhumanrights.org and make a financial donation to the Advocates. Now is the time to step up, pull out your checkbook or credit card, give a little more than you thought you would, respond to the call. Speaking personally, I know from direct experience and observation, there is no better place for my family to focus our financial giving than this shining Minnesota beacon of hope called The Advocates for Human Rights.

If you look at the news and ask yourself “What can I do?” that’s what you can do and you can do it now.

By James A. O’Neal, Chair, Board of Directors, the Advocates for Human Rights

This post paraphrases remarks given by Mr. O’Neal at the Human Rights Awards Dinner on June 21, 2018.