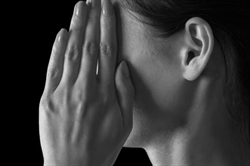 Some years ago, before the United States recognized that domestic violence was grounds for asylum, I represented a woman who was seeking asylum due to years of brutal violence inflicted upon her by her husband and the failure of her government to protect her.

“Ann” was a successful business person from East Africa who had experienced sexual, physical, psychological and emotional violence so extreme that she went to the police for help. Their response?

“Sorry, but this is a family matter - not a police matter. You have children. Go home and work it out with your husband. It will be better for all of you.”

So she went home. Her husband beat her until she passed out from the pain and blood loss as punishment for going to the police.

Because her business was so successful, she had the chance to expand the business to a neighboring country. She took the kids and moved, leaving no forwarding address. But he eventually found her there and, with support from the police, strongly “encouraged” her to move back to her country with the children. His family, as well as hers, also put pressure on her to stay in the marriage.

I met Ann because her husband was studying in the U.S. The beatings had intensified after the family moved here and she had called The Advocates for help. We had to meet to prepare the asylum application, but her husband, wary of her meeting with Americans, controlled where she went. We found surreptitious meeting places like the coffee shop near the daycare center so he would not suspect.

Perhaps others are not familiar with how much work goes into preparing a case for asylum in the United States. Asylum seekers must show, through both credible testimony and documentary evidence, that 1) they have a well-founded fear of persecution; 2) on the basis of political opinion, race, religion, nationality, or membership in a particular social group; and 3) their government cannot or will not protect them. It is not an easy thing to do, to fit all the facts of your life and your fear into the narrow frame of U.S. asylum law (which is, in fact, U.S. implementation of our obligations under the International Refugee Convention).

As we were getting close to filing her application, Ann asked me to meet her in front the building where she was taking a class. I picked her up there once or twice, no problem, and we went to the library to work on her affidavit. But when I pulled up the next time, she was standing in front of the building holding her baby and looking nervous. She made eye contact and shook her head.

Out of the corner of my eye, I saw a man coming towards her. My overall impression was a fast-moving blur of anger and intimidation. I looked away from Ann and hit the accelerator. I couldn’t speed off – I was a human rights lawyer working for a nonprofit and my old car had zero acceleration – so I could see from her expression that it would do more harm than good if I stopped and tried to help.

I still am a human rights lawyer working for a nonprofit and I still drive an old car with zero acceleration. Every once in a while, when I look in the rearview mirror, I think of Ann and remember that day. The sight of him yelling at her, fist raised… this is the closest I have ever come to witnessing domestic violence and it is the closest that I ever hope to be. I waited on pins and needles until she called me late that night after he fell asleep. He had beaten her again but she was still alive.

We filed her asylum application not long after. She testified truthfully and credibly at her interview about the persecution she suffered, how she tried to leave but he tracked her down in another country, and about her government’s unwillingness to protect her from harm. The Asylum Officer asked the question that many people unfamiliar with the power and control dynamics of domestic violence ask victims: “Why do you stay with him if he beats you?”

Her answer was simple.

“Because I have tried to leave and he always finds me and brings me back. Then the beatings get worse. I am afraid every day that he will kill me. Then what will happen to my children?”

The day Ann was granted asylum, she took the children and left to begin a new life in safety and dignity as an American.

Ann was not the first domestic violence victim granted asylum in the U.S. Throughout the 1990s and 2000s, an increasing number of adjudicators granted asylum to individuals fleeing persecution by non-State actors that the government was unable or unwilling to control. These were cases of individuals fleeing domestic violence, traditional harmful practices like FGM, and violence and discrimination based on sexual orientation or gender identity. In 2014, the federal Board of Immigration Appeals issued a precedential decision (Matter of A-R-C-G-) that people like Ann could be granted asylum based on persecution on account of a particular social group.

Now Attorney General Jeff Sessions has overturned that ruling and years of jurisprudence by announcing that victims of domestic violence and other persecution by private actors “generally” do not qualify for asylum. The attorney general announced his decision in Matter of A-B-, a case in which he invoked a rarely used power to personally intervene and certify to himself for reconsideration after the Board of Immigration Appeals reversed and remanded to the immigration judge with an order to grant asylum. The case concerns a woman from El Salvador who fled 15 years of sexual, physical, psychological and emotional violence that her government failed to protect her from.

What I would like my fellow Americans to know is this:

International law recognizes that asylum seekers are particularly vulnerable and deserving of protection.

The international refugee protection system was set up as a result of the horrors of World War II, when Jewish refugees attempted to flee and were returned to Nazi death camps.

When people present themselves at the U.S. border and ask for asylum, they are not breaking the law. They are acting lawfully. They are following the process established by federal statute. They are exercising their fundamental human right to seek asylum from persecution.

The attorney general is by fiat attempting to return U.S. asylum law to a time when domestic violence was seen as a “family matter.” This is only the latest salvo in the administration’s all-out war against refugees and asylum seekers. It is connected to the “Zero Tolerance” immigration policy and should be seen in that context.

From a global perspective, Sessions’ move is in line with efforts in Russia and other countries around the world to undermine protections against domestic violence. I recently traveled to Moldova to train women’s human rights defenders who have seen the rising tide of “family values” throughout Russia, former Soviet republics, and Eastern Europe, as laws are passed decriminalizing domestic violence.

My client Ann was granted asylum on the basis of her social group of women from her country who have experienced extreme sexual, physical and emotional domestic violence, (which the UN Committee against Torture recognizes as “torture”), who are unable to escape their abuser and who the government is unable or unwilling to protect. It was only due to the permanent legal status she gained through the U.S. asylum system that she was able to take her children and leave her abusive husband, and start a new life for her family as Americans.

Mr. Session’s attempt to unilaterally narrow the definition of who is eligible for asylum from persecution ignores existing U.S. law and jurisprudence. Further, it violates international law and US treaty obligations. In interpreting the Refugee Convention, the UN High Commissioner for Refugees has issued advisory opinions stating that domestic violence victims are potentially part of a social group. It turns back the clock to a time women fleeing gender-based persecution were not given refugee protection.

In my experience, when people have the chance to actually meet and get to know refugees and asylum seekers – and even other migrants who are coming for reasons of family reunification or work – they don’t say things like Mr. Sessions wrote in his opinion in Matter of A.B., “Yet the asylum statute does not provide redress for all misfortune.”

People who know asylum seekers fleeing domestic violence say things like, “She’s a really good person, just doing the best that she can for her family. She is trapped and has to get out of this violent situation. What can I do to help her?”

Before taking it upon himself personally to change well-established asylum law and practice, I really wish that Mr. Sessions could have met my client Ann. Or maybe even A.B. or others impacted by his decision.

By Jennifer Prestholdt, Deputy Director of The Advocates for Human Rights