Outrage as Turkish President Erdogan Withdraws from the Istanbul Convention 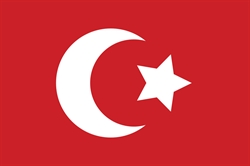 "Turkey's sudden and unwarranted withdrawal" from the Istanbul Convention said U.S. President Joe Biden "is deeply disappointing" and "is a disheartening step backward for the international movement to end violence against women globally."

In the early hours of Saturday, Turkey's President Recep Tayyip Erdogan issued a surprise decree withdrawing Turkey from the European treaty on preventing and combating violence against women. The Council of Europe treaty is known as the Istanbul Convention after the city where the treaty was opened for signature in 2011.  No reason was given for the action.

The withdrawal is a devastating blow to Turkey's more than 40 million women. A coalition of women's groups described the withdrawal as a "nightmare," but one that is just beginning. "It is obvious this withdrawal will empower murders, abusers, and rapists of women," the coalition statement said.

Turkey's women speak from a long history of violence against women. In a country where the official statistics are not available, women's platforms have begun publishing their own numbers-numbers, which they readily admit are likely materially understated.   According to CNN, three femicides occur a day in Turkey as compared to one femicide every three days in the UK.

The brutality and public nature of this gender-based violence against women has horrified the nation.  For example, the Washington Post reported on the attack against Reyhan Korkmaz, who had a restraining order against her husband. According to local media reports, her husband cut Reyhan's throat on March 7 in Ankara in front of the couple's four children. This is not an isolated incident and hundreds of other brutal murders of women happen each year.

Marja Pejcinovic Buric, secretary general of the 47-nation Council of Europe whose members prepared the Istanbul Convention said of Turkey's action, "This move is a huge setback...and all the more deplorable because it compromises the protection of women in Turkey, across Europe and beyond."

On Friday, mere hours before his post-midnight decree, Erdogan spoke with European Commission President Ursula von der Leyen and European Council head Charles Michel ahead of an EU leaders' summit next week where Turkish -EU ties are set to be discussed.  In a statement summarized by the Turkish Daily Sabah, Erdogan told EU leaders that he expects the EU summit to yield results on Turkey-EU ties, paving the way for concrete action.  It is hard to see how rejection of a European treaty designed to protect the fundamental right of women to live a life free of violence will contribute to EU-Turkey relations.

Erdogan's withdrawal is being challenged as unconstitutional. The women's coalition, ESIK - Women's Platform for Equality with which The Advocates is presenting at the NGO CSW65 Virtual Forum on Tuesday, March 23 at 11:30am CST, agrees.  Because international agreements on human rights and freedoms, like the Istanbul Convention, are ratified by the Turkish Parliament, they cannot be nullified by executive action. ESIK consists of more than 310 women's and LGBTQI organizations and enjoys support from more than 150 non-governmental organizations, trade associations, and trade unions.

Upon learning of the withdrawal, the executive boards and party caucuses of the opposition CHP Party and its Nation Alliance partner Good Party held extraordinary meetings Saturday.   CHP's women executives then held a joint press conference where they dismissed the move as "unconstitutional." "We don't recognize and will not recognize the decision taken by Erdogan by disregarding the law and the Parliament," CHP Secretary-General Selin Sayek Boke is quoted as saying by Daily Sabah.  Kerem Altiparmak, an academic and lawyer specializing in human rights law was quoted by an AFP news agency, "What's abolished tonight is not only the Istanbul convention, but the parliament's will and legislative power."

The irony is that Erdogan and his AK Party initially endorsed the Istanbul Convention. Turkish representatives were active in its drafting. Turkey was the first country to sign the convention in 2011 and to ratify it in 2012-the only measure in the Turkish parliament to be adopted unanimously that year. Since then, Erdogan's policy measures have become increasingly hostile to women's equality. Initiatives include proposals like the "marry your rapist" law and to reduce the ability of women to secure alimony. They have eliminated gender equality from the curriculum of the national education system and limited access to contraception. And Turkey's laws on violence against women, passed in the wake of Istanbul Convention ratification, have not been effectively implemented.

It was not until last summer, however, that Erdogan and the AK Party became serious about withdrawal from the Istanbul Convention, with some commentators speculating that he was moving further to the right to shore up support from ultra-conservative forces as his traditional support appeared to be eroding.[1] Opposition forces spread falsehoods that the Istanbul Convention promotes homosexuality and is a Western import that undermines the traditional family structure and will promote divorce.

Conservative women within Erdogan's own AK Party rose in support of the Istanbul Convention (while simultaneously pointing out that no one had ever accused them of being feminists).  KADEM, a woman's organization formed and supported by Erdogan's government on whose board an Erdogan female family member has always sat (currently one of his daughters) issued a statement that condemned withdrawal and "demonization" of the Istanbul Convention. "At a time when there is no connection between the Istanbul Convention and the rise in the number of women's murders", the KADEM statement declared, "it is not rational to declare the convention which aims to prevent women's murders as a scapegoat." A day later, the other large influential government sponsored nongovernmental organization on whose Board Erdogan's son sits, opposed the convention and supported withdrawal. Women throughout Turkey protested withdrawal.  Two polls showed the majority of Turks are against withdrawal from the Istanbul Convention.

Erdogan and his AK Party backed away from issuing a decision on withdrawal but refused to keep the possibility off the table.  It is unclear what triggered Erdogan's decree announcing withdrawal in the early hours of Saturday.

We support the statement by Women's Platform for Equality, Turkey (ESIK), which declares the Presidential Executive Order signed by the country's president to be unconstitutional, and therefore null and void. The Istanbul Convention was adopted and ratified unanimously by the Turkish Parliament in 2011. By its own laws, Turkey cannot leave an international treaty to which it is a party, and which concerns  fundamental human rights. The Advocates for Human Rights calls on the Government of Turkey not to withdraw from this crucial treaty to combat violence against women.

Moreover, leaving the Istanbul Convention, which is a Council of Europe Convention that aims to prevent and combat violence against women and domestic violence, has dire consequences for women in Turkey, a country that has seen an alarming escalation in femicides.

Margaret Grieve is a board member and a volunteer for The Advocates for Human Rights.