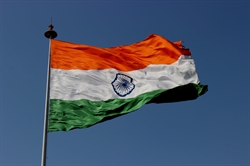 On August 13, 2021, this author and Dr. Abusaleh Shariff of the US India Policy Institute published on this blog a discussion of certain anti-Muslim actions taken by the national government of India led by the party of Prime Minister Narendra Modi, which preaches a doctrine of Hindu Nationalism or "Hindutva." (Shariff and O'Neal, "A Crisis Brews in India, and Not the One You Think") The crisis we had in mind is having effects closer to home. In the past week, opponents of Hindutva who were scheduled to speak at an academic conference in the United States were subjected to threats and personal attacks in an orchestrated attempt at intimidation.

The online conference, entitled "Dismantling Global Hindutva," was sponsored by more than 53 universities.  According to The Guardian, more than one million emails were sent to universities calling for them to withdraw support for the conference and fire the participants, and the servers at Drew University in New Jersey crashed because of the volume of email traffic. Several speakers and organizers received threats against their families, such as on-line postings of photographs of a speaker's children with captioned death threats. Also enlisted against the conference was the Hinduvta web site OpIndia, which has published more restrained but highly misleading articles painting the conference as anti-Hindu. OpIndia has frequently been criticized for publishing falsehoods in support of the Hindu Nationalist agenda and often runs pieces that are extravagantly anti-Muslim. For example, in the spring of 2020, when a Hindu teenager drowned in a river in the Gopalganj District, OpIndia ran a series of articles claiming the boy was murdered by Muslims in a ritual killing to consecrate a new mosque, a claim the investigating police repudiated as entirely false.

The conference went forward, although some speakers withdrew under the pressure. Nevertheless, this incident is of particular interest because the tactics employed here by the Hindu Nationalists so closely mirror tactics which The Advocates has encountered from opponents of human rights all over the world: partisan web sites that make false or grossly misleading claims, the painting of opponents as religious bigots, orchestrated pressure campaigns seeking to malign and professionally sabotage opponents, and, at worst, threats and in some cases actual violence against those opponents. The Advocates will soon be publishing a report on the use of such tactics to support a backlash against women's and LGBTQ rights in Eastern Europe and the former Soviet Union. These tactics appear globally, wherever there is an intolerant backlash against human rights.

The ugly mobilization against an American academic conference should be firmly denounced, by both the Indian and American national governments. This is far from the first time that Hindutva has appeared on this side of the world. Hindu Nationalists are closely networked with ultra-right movements in the United States, as illustrated by the fact that both Steve Bannon and Newt Gingrich have been honorary co-chairs of the Republican-Hindu Coalition, which was launched in 2015 to support both Donald Trump and Narendra Modi. Wealthy Indian-American donors in the diaspora are major funders of Modi's party, which describes India as a Hindu nation despite the guarantee of religious equality contained in the Indian Constitution.

Exploitation of religious differences to foment hatred and achieve political objectives has been always with us, but it has been made much easier in the internet era. It must be overcome. It is not anti-Hindu to support the religious equality promised by India's Constitution and to advocate for the human rights of all people in India, regardless of their creed.

By James O'Neal, Board Chair, Advocates for Human Rights

The Advocates for Human Rights is a nonprofit organization dedicated to implementing international human rights standards to promote civil society and reinforce the rule of law.

Curious about volunteering? Please reach out. The Advocates for Human Rights has an opportunity for you.

Eager to see change? Give to our mission, our vision, our work. Your gift matters.