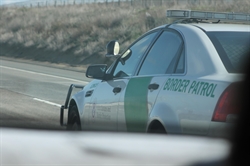 Led by our partners African Communities Together, BAJI, Haitian Bridge Alliance and UndocuBlack Network, The Advocates joined a complaint to the Department of Homeland Security's Office of Civil Rights and Civil Liberties denouncing the inhumane treatment of Haitian refugees by the Border Patrol in Del Rio, Texas.

The complaint requests immediate dialogue with CRCL serious violations of migrants' rights documented by advocates and attorneys on the ground in Del Rio with whom our organizations have been closely in touch. These reported violations include:

Click here to read the letter to the Office of Civil Rights and Civil Liberties.