The Impact of the Environment on Women's Rights 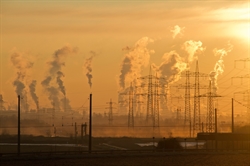 Statement submitted by The Advocates for Human Rights, a non-governmental organization in special consultative status with the Economic and Social Council since 1996*

The Advocates respectfully submits this written statement for the Commission on the Status of Women 2022 Priority theme: "Achieving gender equality and the empowerment of all women and girls in the context of climate change, environmental and disaster risk reduction policies and programs." Climate change and environmental degradation exacerbate existing inequalities, and women, particularly from the Global South, bear a disproportionate burden. This submission addresses three issues. First, women tend to experience violence at a higher level when forced to migrate elsewhere due to climate change and environmental disasters, both in general and within their families. Second, women smallholder farmers are at a greater disadvantage than their male counterparts when it comes to fiscal subsidies and agricultural policies. Third, extractive industries, such as mining and oil pipelines, often degrade environmental conditions and disadvantage women who rely on mined areas for natural resources and have contributed to violence against women and girls, many of whom are Indigenous.

Climate and environmental changes force many women to migrate. Women in the Global South are more likely to depend on natural resources for their livelihoods than men, and thus are more vulnerable to climate change and environmental degradation, including drought, salination, and deforestation. This is due in part to gender roles and the need to travel greater distances to obtain safe water and meet other basic needs. Women and girls also comprise over half of internally displaced people, and the United Nations Development Program estimates that women comprise around 80% of people displaced by climate change.

Women are also more vulnerable to environmental disaster events. Many communities forced to flee hurricanes, fires, tsunamis, and floods, temporarily or permanently, rely on governmental aid. Many people displaced by environmental disasters face difficulty or discrimination in finding new employment and livelihoods or housing, and these challenges are intensified for women who face additional discrimination based on sex. Financial struggles caused by loss of home, income or food sources, in turn, may lead women to turn to transactional sex or other income activities that place them at risk of harm or in vulnerable situations. As reported in Protecting the Human Rights of Internally Displaced Persons in Natural Disasters by the Office of the High Commissioner for Human Rights (OHCHR) Regional Office for the Pacific, the authors stated there is evidence that those displaced by environmental disasters face gender-based violence against women, along with threats to their physical security, isolation from community, discrimination, a lack of secure housing. For example, as a result of a 2007 tsunami near the Solomon Islands, 24,000 people were affected and 4,000 families left homeless and placed in temporary shelters. Between April and October of 2007, there were reports of at least fourteen cases of gender-based violence, including rape, and likely many unreported cases.

Women in the Global South also face social and economic marginalization within agri-food systems. According to a 2021 United Nations report, A Multi-Billion-Dollar Opportunity, women comprise nearly half of all farmers in low-income countries, but fiscal agricultural subsidies tend to benefit farms that are not controlled by women. Governments usually support industrial farms characterized by the production of a single commodity and corporate ownership over land, seed, produce, and agrichemical inputs. Women tend to be smallholder farmers- operating farms that are on average one-half to two-thirds smaller than male-headed farm households- and tend to control more biodiverse operations that are not focused on a single monocrop. As a result of this farming structure, women are less likely to receive subsidies. These biodiverse farms are more resilient to climate change ecologically, but price distortion in favor of corporatized farms renders many smallholder, women-run farms economically unsustainable. Government subsidies also tend to benefit the financialized and corporatized elements of agri-food systems, such as landowners, seed patent holders, and agrichemical producers, rather than the farmers themselves. In the event of drought, flooding, or other climate disasters, the corporate sector generally receives government support while many farmers, including most women farmers, are more vulnerable to the disasters. Without equal support, they often lack equal access to technology and tools to combat climate disasters. They may not have prior knowledge of oncoming disasters to properly prepare. The allocation of government agricultural subsidies compounds the economic disadvantages faced by women and renders women farmers' livelihoods unstable in a changing climate.

Extractive industries, such as mining and fossil fuel development, are linked with forms of violence against women. The emergence of extractive industries in a particular location is often coupled with the socioeconomic phenomenon known as the "Boomtown Effect" or "man camps." The Boomtown Effect is characterized by a rapid influx of primarily male workers to one region for mines, oil sands, pipelines, or other resource extraction projects. A troubling feature of this effect is the increased rate of violence against women and girls, particularly increased rates of sex trafficking, and other violent crimes such as rape, sexual assault, aggravated assault, murder, kidnapping, and other unlawful sexual contact. As discussed by The Advocates for Human Rights in Promoting Gender Diversity and Inclusion in the Oil, Gas and Mining Extractive Industries (2019), one NGO estimated around 2,000 women were working in about 100 brothels surrounding one of Peru's mining areas in 2010. Many of the women, already vulnerable due to a lack of financial resources, are deceived into accepting seemingly legitimate job offers in various supporting roles at the mine. Fossil fuel infrastructure projects in the United States and Canada are especially linked with increases in missing and murdered Indigenous women and girls. In Minnesota, police arrested several workers for a major oil pipeline in two human trafficking sting operations- two employees of subcontractors in February 2021, and two workers in June 2021.

Many reports of sexual harassment within extractive industries also revolve around the experiences of women miners who often operate underground with men who perpetrate abuse. When women are sexually harassed in dimly-lit areas, such as mines, they may not be able to identify their offenders. The director of mining for a large global union federation noted that even when women do know their offender's identity, they do not report for fear of reprisals and loss of jobs.

Mining and other activities may pollute resources which the surrounding communities depend on for their livelihoods, food, water and fuel. Not only does this scarcity cause women to travel further distances, increasing the possibility of gender-based violence against women, but it can cause domestic issues as well. In one community discussed in the 2019 report by The Advocates for Human Rights, women explained to a company that the distances caused them to be late in completing homemaking tasks, which at times led to violent reprisals.

As the impacts of environmental changes continue to affect communities, we propose the following recommendations for Member States:

· Involve the participation of women in the planning and implementation of disaster risk reduction activities, including at the decision-making level.

· Minimize price distortion for commodity crops, focusing instead on policies that benefit women farmers through food security, land access, and other policies which promote more agroecological and biodiverse operations.

· Review existing bilateral and regional migration agreements and adopt measures to facilitate migration within countries as well as trans-border migration resulting from climate change, especially from the Global South to the Global North.

· Take steps to create the protection of and legal pathways for cross-border displaced persons in the context of climate change and environmental disasters.

· Establish measures to track data on murdered and missing Indigenous women and girls by federal and city law enforcement, including extending measures that notify states of deaths of nationals within another nation's territory to tribal nations in the United States and Canada, and take steps to guarantee the concept of Indigenous Data Sovereignty adopted by the National Congress of American Indians in 2018.

· Ensure sexual harassment and anti-retaliation policies are in place, including recourse to an effective remedy, for women working in the extractives industry.