Absence of Justice for Women in Mexico 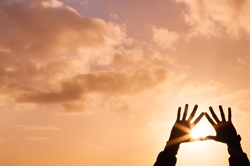 During my time interning with the International Justice Program at The Advocates for Human Rights, I conducted research on violence against women in Mexico. What I learned through my research represents one of the most troubling cases of human rights infringements, as the State condones impunity for perpetrators.

In 2007, the government of Mexico passed a promising law regarding femicide, physical and sexual violence, as well as "violence against the woman's dignity, integrity or freedom." While the aim of this law is to combat the violence women suffer, the perpetrators are often government officials or public defenders themselves. Accusations made against public authorities intertwine with the ongoing relationship between drug cartels and the government, as it is reported that the cartels control the police. There have been numerous accounts of women filing claims with officers only to be sexually harassed and/or threatened in return. This, in turn, allows for the continuation of corruption and absence of justice.

The research I conducted on violence against women in Mexico was for The Advocates' report to the UN Committee Against Torture (CAT) for their review of Mexico's compliance with the UN Convention Against Torture and Other Cruel, Inhumane or Degrading Treatment or Punishment.  The Advocates' report revealed how violence against women and impunity violates Arts. 1, 2, 4(1), 10, 12, 13, 14 and 16 of the Convention. By comparing Mexico's State Party Report and the CAT's List of Issues Prior to Reporting and Recommendations from the prior review, we were able to identify he gaps between the government's stated commitments and its actual implementation of reform to protect women.

Along with two other interns, I then analyzed information (used with permission) about human rights abuses experienced by The Advocates' asylum clients from Mexico. The experience of these clients illustrated the Mexican government's failure to protect women from violence.  These women reported not only experiencing violence, but also threats from the police, lack of action, and even accounts of stalking after reporting domestic violence.

One client, for example, fled to the United States out of fear of being killed by her former partner, a member of a Mexican drug cartel. The police told her that they were unable to do anything about her partner's violent abuse and his threats to her family-the cartel "had the police," is what she told The Advocates. The client fled to another Mexican state, but her former partner made threats on social media and left messages on her phone, saying that he would find her, kill her and chop her up. Additionally, another client was sexually harassed by a police captain when she filed a case regarding her kidnapped brother. He threatened her with further violence and following the incident, he and fellow officers frequently harassed and threatened her when patrolling her neighborhood.

In addition to sharing the firsthand experience of The Advocates' clients with the UN Committee Against Torture, we also made recommendations for measures the Mexican government should adopt to protect women from violence. First, Mexico should establish oversight bodies and accountability processes to ensure the full implementation of the General Law on Women's Access to a Life Free of Violence. In tandem to this, we recommend that the government of Mexico create training programs, in consultation with or led by NGOs serving victims, for their law enforcement and judiciary to be better informed on the dynamics of domestic and gender-based violence against women, including responses that follow best practice standards and international legal norms.

The slow progress toward equality and justice for women in Mexico reflects a number of discriminatory factors that allow inequality to prevail. For example, women are under-represented in governance positions in Mexico, although it is recognized that women in these positions are more inclined to "advocate for social issues that benefit all."  Greater female representation in decision-making roles may help foster efforts to promote gender equality or focus greater attention on violence against women issues, including femicide.

Widespread violence against women and anti-feminist sentiment are embedded in other aspects of life in Mexico, including the continuation of child marriage and barriers to female education.  A study out of Mexico City revealed that 25,000 girls between 12 and 14 years of age were already married. Forced and early marriage has an impact on girls' education, and 83% of married girls do not attend school. When girls do not complete their education, studies show that poverty increases in tandem to domestic and gender-based violence against women, unplanned or early pregnancy, and other female health issues.

Without accountability in her country, no woman is truly safe. The international community has called on Mexico to better protect women through the Human Rights Council's Universal Periodic Review process, as well as other treaty body reviews. To date, however, Mexico's stated commitments have not been implemented.  Pledges made to the international community mean almost nothing to those individual survivors of  violence, especially when these commitments are being made by those who have the power to rectify but merely perpetuate the situation. Many women have lost faith in the State's ability and willingness to protect them, leading to the difficult choice to leave home and seek asylum in the United States. Until the government finds a way to create accountability and effectively combat on violence against women, Mexico will continue to be unsafe for women and girls.

I've learned a lot about violence against women while working with The Advocates, globally as well as domestically. Their website www.stopvaw.org offers information, tools and legal advocacy to inform the world about these injustices. Raising international awareness and advocating for international law is an exemplary tool for attempting to bring justice to women survivors of intimate partner violence when their governments cannot or will not protect them.

By Sydney Shelstad, rising University of Minnesota senior majoring in Political Science and Global Studies with a concentration in Human Rights and Social Justice. She was a spring 2019 intern with The Advocates' International Justice Program.