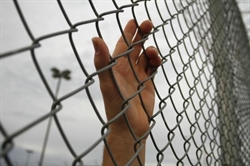 In December 2020, the Inter-American Commission on Human Rights (IACHR) issued resolutions urging the United States Government to stay the unjust executions of two American women. For Lisa Montgomery, whose execution is set for January 12, 2021, this order comes at a time of desperate need. In Article 91/2020, the IACHR outlines the horrific and prolonged torture and trauma Ms. Montgomery suffered since the age of 11, which led to the development of multiple psycho-social disabilities. International standards hold that the death penalty is always unlawful when the court ignores facts that influenced a defendant's motivations, including exposure to abuse.

Experts argue that Ms. Montgomery's disabilities and history of abuse make it impossible to legally apply the death penalty in her case, but her attorneys did not properly present these mitigating factors during her trial. Further, attorneys did not discuss the failings of police, doctors, judges, school officials, and social workers who did not act to protect Ms. Montgomery throughout her life, even when made aware of the abuse against her. On December 3, 2020, the IACHR and ten UN human rights experts called for clemency and a stay of her execution until the facts of her case can be reviewed (United Nations Office of the High Commissioner, 2020).

In Tennessee, Christa Pike is experiencing a different kind of deprivation of her human rights. In the United States, male and female prisoners have long been kept separate in an attempt to protect the health and safety of inmates. While this practice might not constitute an abuse of human rights on its face, there are circumstances that can lead to devastating effects. For a woman sentenced to death, it can mean many years of almost complete isolation. As the only woman on death row in Tennessee, she is kept apart from the other female prisoners, as well as from male prisoners. This means Pike has been living in de facto solitary confinement throughout her 23-year of incarceration.

On December 11, 2020, the IACHR stated in Resolution 95/2020 that her prolonged solitary confinement constitutes an abuse of her human rights. Most stays in solitary confinement are not indefinite, but can last from just a few days to a few months (sometimes longer). It is intended to be used only as a punishment or as a short-term preventative measure. Even at shorter lengths of confinement, the American Public Health Association (2013) reports that prisoners experience physiological, psychological, and cognitive harm, including memory loss, depression, paranoia, hallucinations, and extreme mental duress resulting in trauma. This is especially harmful for those like Ms. Pike who have pre-existing psycho-social disabilities. International human rights standards, set forth in the United Nations' (UN) Mandela Rules, state that when solitary confinement lasts more than 15 days, it is considered torture. Christa Pike's de facto solitary confinement is counted in years, not days, and is a clear violation of international human rights law. For this reason, the IACHR is calling for a stay of her execution until the facts can be reviewed and analyzed by an independent organization.

For these two women, life on death row is unjust and unethical. The shortcomings of trial counsel could cause Ms. Montgomery to lose her life unjustly, and the prolonged solitary confinement in Ms. Pike's case constitutes torture according to international standards. Lisa Montgomery and Christa Pike are among many women whose rights are threatened by the continued use of the death penalty. These threats will be highlighted by the 2021 World Day Against the Death Penalty, scheduled for October 10th, which will focus on women sentenced to death. It is clear that the United States must stay both executions until the IACHR can review the cases and determine the extent of these human rights abuses. If the executions are not stayed until the cases can be reviewed, the deprivation of their rights will be irreparable.

By Logan March, University of Wisconsin-Madison graduate and intern in The Advocates' International Justice Program