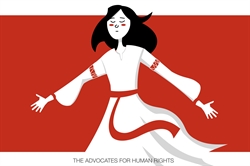 Recent days in Belarus has seen egregious violence, police brutality, suppression of freedom of assembly and expression, and threats to a fair and free election process for president. The President of Belarus, Aleksandr Lukashenko, has been the leader of Belarus for 26 years. In 1991, Belarus gained independence from the Soviet Union. On August 9th, 2020, presidential elections were once again held. The two leading candidates were President Lukashenko and Ms. Svetlana Tikhanovskaya. Ms. Tikhanovskaya ran in place of her husband, Sergei Tikhanovsky. Early voting ran from August 4th until August 8th. According to activist groups, beginning on July 22nd, the Central Elections Commission limited the number of observers at the voting stations, stating this was necessary to prevent the spread of COVID-19. The result was only 11.5% of the trained monitors had access to the voting stations and only for a limited amount of time.

When the election results came in, the Central Elections Committee declared President Lukashenko won re-election with more than 80% of the votes. Ms. Tikhanovskaya refused to recognize the results, stating that her data from the voting stations indicated she had actually received around 70-90% of the votes. Activists stated that other organizations, including “Platform ‘Holas’,” reported similar findings and that voters had published photos of final voting reports from a number of voting stations all of Belarus with the unfalsified results.

After the results were announced on August 9th, citizens gathered in the streets of Minsk and other cities in Belarus to peacefully protest. During that first day, more than 3,000 were arrested. Their peaceful, unarmed protest was met by excessive force by the Belarusian police. This force included tear gas, flash-bang grenades, water cannons, rubber bullets, and beatings. Similar events took place on the second evening, with more than 2,000 people detained.

Before the third evening of protests began on August 11th, activists reported police began to make “preventive” arrests of those who seemed suspicious. That evening, there was a crackdown on journalists, with police beating journalists and breaking their equipment. Eventually protestors began to throw bricks at the police; the police chased protestors and brutally detain them. Children and other bystanders were included in the arrests. Cars were damaged by the police and drivers were beaten and arrested. Overall, activists reported 6,000 people are said to have been arrested during those three days, although the independent mass media source Nasha Niva believes this number to be underestimated. Around 50 of those arrested were journalists. Amnesty International and other local groups have reported protestors have described “being tortured or subjected to other ill-treatment in detention centres, including being stripped naked, beaten, and threatened with rape.”

President Lukashenko continues to refuse a recount, instead accusing opposition of attempting a coup. Neighboring states refuse to recognize the re-election of President Lukashenko and calling for free elections. Since August 12, 2020, there continue to be peaceful protests and strikes in Minsk and other cities. Strikes include employees at a state-run factor, a demographic that has historically supported the president. Internationally, President Putin has pledged Russian assistance to President Lukashenko should Belarus be invaded and has warned both President Macron of France and German Chancellor Angela Merkel against interfering. EU leaders called an emergency summit, after which they stated “they would not recognize the results of the recent Belarus election and would shortly impose sanctions on those who were involved in electoral fraud and the repression of protests,” with details to be developed. The leaders released a joint statement supporting those on the streets in Belarus, being cautious to avoid stating they do not recognize the authority of President Lukashenko. Finally, they offered to assist the government and the opposition mediation. In addition, it was announced that 53 million Euros will be re-directed from the state of Belarus to non-governmental organizations, victim assistance and COVID relief.

While talks continue, President Lukashenko has once again ordered police back on the streets, stating ‘There should no longer be any disorder in Minsk of any kind.” After several days of peaceful protests and an absence of law enforcement, police vans are in the streets, and officers have been stationed outside factories. With this increased presence of law enforcement, the use of excessive police force against peaceful protestors must be condemned. “Her Team” has released a report that details several other violations and abuses, including illegal detentions, inhuman treatment and torture, internet shutdowns, and harassment and threats against women political opposition leaders.