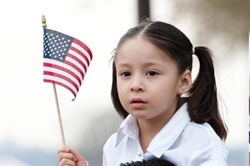 The Advocates for Human Rights condemns plans by the administration to summarily return asylum seekers to Mexico without a hearing while simultaneously asking Congress for more than $800 million for federal immigration enforcement.

On Tuesday The New York Times reported the White House plans, stating that "[u]nder the policy, asylum seekers would not be held for any length of time in an American facility nor would they be given due process." Alongside the measure, the White House has requested more than $800 million in increased spending for Customs and Border Protection and Immigration and Customs Enforcement. Roll Call reports the increased funding is earmarked for migrant quarantine facilities and for charter deportation flights to allow continued deportations despite commercial airline shutdowns.

"This move, made at the very moment when federal immigration officials are refusing to release people from ICE detention centers who are at high risk of contracting COVID-19, makes clear that the administration has no interest in ensuring the health of people in its custody or in meeting its international human rights obligations," says Robin Phillips, executive director of The Advocates for Human Rights. "While we are encouraged by Wednesday's announcement by ICE that it will temporarily halt interior enforcement activities, people cannot be allowed to languish inside detention centers.

"We call on Congress to reject the White House's request for more money for immigration enforcement. We also call on the administration to comply with international obligations to ensure that people are not returned to torture or persecution without a hearing. By reuniting people with their families, rather than detaining or deporting them, we can keep our communities safe and meet our legal obligations."

Despite calls by immigration judges, prosecutors, and attorneys, federal immigration courts continue to hold deportation hearings for people in detention.

By Michele Garnett McKenzie, Deputy Director at The Advocates For Human Rights