Take Action to End the Separation of Immigrant Families 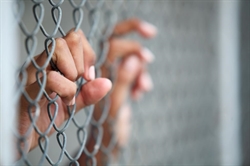 As #WhereAreTheChildren trended over the Memorial Day weekend, many people asked what they can do to protect children who have fled to the United States. Here are 5 things to know and do.

Number 1: Demand the end of family separation as a weapon to deter people from seeking asylum. In early April, Attorney General Jeff Sessions announced a “zero-tolerance policy” for illegal entry into the United States, taking away prosecutorial discretion from U.S. attorneys Arizona, California, New Mexico, and Texas by mandating criminal prosecution of anyone who attempts to enter the United States without authorization including – and in violation of Article 31 of the 1951 Refugee Convention – asylum seekers. A month later, Sessions, along with the Department of Homeland Security, spelled out the impact of that policy: “If you are smuggling a child, then we will prosecute you and that child will be separated from you as required by law.” Call your congressional representatives to urge Congress to take action to end this practice.

Number 2: Take part in the #FamiliesBelongTogether National Day of Action. Actions are being organized around the country. (If you’re in the Twin Cities, lawyers are organizing a meet-up at the Hennepin County Government Center fountain on Friday at noon. Bring your friends. Bring a sign. Bring a lunch. Consider wearing white. There won’t be any program. We just want to gather a big group to show that the community believes America must treat every person with respect.)

Number 3: Don’t call for more surveillance and tracking of immigrant children. The “missing” children are not missing. These children’s adult sponsors – family members or others with whom they had a preexisting relationship – may not have answered the phone when the federal government called. As The New York Times, in one of the many attempts to make sense of the story, reported over the weekend:

“Officials at the Department of Health and Human Services, which oversees refugee resettlement, began making calls last year to determine what had happened to 7,635 children the government had helped place between last October and the end of the year.

From these calls, officials learned that 6,075 children remained with their sponsors. Twenty-eight had run away, five had been removed from the United States and 52 had relocated to live with a nonsponsor. The rest were unaccounted for, giving rise to the 1,475 number. It is possible that some of the adult sponsors simply chose not to respond to the agency.”

Number 5: Demand that children seeking safety in our country are treated humanely. A new ACLU report based on thousands of pages of documents show “breathtaking” misconduct, abuse, and neglect of children coupled with a reprehensible failure of accountability. These documents cover 2009-2014, showing that the Obama administration bears the blame for creating the system being deployed against families today. You can sign the ACLU petition calling on U.S. Customs and Border Patrol Commissioner Kevin McAleenan to stop subjecting children in its custody to physical, sexual, and verbal abuse, hold responsible agents accountable, and create safeguards against future abuses.

By Michele Garnett McKenzie, deputy director of The Advocates for Human Rights