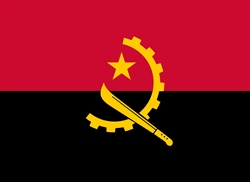 
The Advocates for Human Rights, along with the World Coalition Against the Death Penalty, submitted a joint stakeholder report on the death penalty in Angola for the 34th session of the Working Group on the Universal Periodic Review.

Angola has been an abolitionist State since 1992. It became a de jure abolitionist State in 2010 when the Angolan Parliament approved a new Constitution in which Article 59 explicitly prohibits the death penalty. The country has demonstrated its commitment to abolition by voting in favor of and co-sponsoring the seven United Nations General Assembly resolutions for a moratorium on the death penalty. Angola has signed the Second Optional Protocol to the International Covenant on Civil and Political Rights, aiming at the abolition of the death penalty, but it has not yet ratified it. Angola already fulfills the obligations it would incur under this Protocol, so there should be no reservations about its ratification.

The authors of this report therefore urge Angola to quickly ratify the Second Optional Protocol to the International Covenant on Civil and Political Rights, aiming at the abolition of the death penalty.