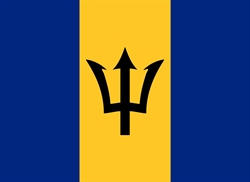 
The Advocates for Human Rights, the World Coalition Against the Death Penalty, and the Greater Caribbean for Life submitted a joint stakeholder report addressing the death penalty in Barbados to the Human Rights Council for the 2018 Universal Periodic Review (UPR) of Barbados. This submission addresses Barbados' current death penalty policies and suggests a range of recommendations for the upcoming UPR.

As of 2016, 13 inmates reside on death row. Despite Barbados' commitment to abolishing the mandatory death penalty, it remains in use. A draft bill introduced in 2014, which would amend the Offences against the Person Act to eliminate the mandatory death penalty in favor a discretionary penalty and set a five-year statute of limitation after which death sentences will be commuted to life imprisonment, seems to be stalled in Parliament. The 2014 Bill is paired with the Constitution (Amendment) Bill 2014 that would support the development of a discretionary penalty system for convicted murderers and the Criminal Procedure (Amendment) Bill 2014 that would require psychiatric evaluations for persons convicted of murder. Since 2015, there have been no public reports of updates as to the status of these bills.

The joint stakeholder report suggests a variety of recommendations for the Government of Barbados. Recommendations include: publishing statistics about persons on death row; imposing a moratorium on the mandatory death penalty; raising public awareness; abolishing the death penalty and replacing it with human-rights centered legislation; and ratifying key international agreements with regard to the death penalty.