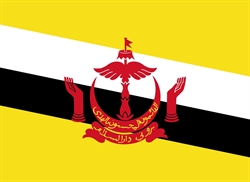 Partner: The World Coalition against the Death Penalty

The Advocates for Human Rights, together with the World Coalition Against the Death Penalty, submitted a joint stakeholder report addressing the death penalty in Brunei for the 33rd Session of the Human Rights Council’s Working Group on the Universal Periodic Review.

Brunei Darussalam is considered to be a de facto abolitionist state with no reported executions since 1957, but since the last UPR courts have sentenced two people, both foreign nationals, to death by hanging. The government has also begun implementing the Syariah Penal Code Order, 2013 which calls for a mandatory death penalty by stoning for various crimes, including crimes that do not entail an intentional killing.

The authors of the report propose the following recommendations for the Government of Brunei Darussalam: