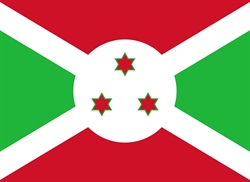 
Burundi’s Compliance with the International Covenant on Civil and Political Rights, Suggested List of Issues Prior to Reporting, 129th Session of the Human Rights Committee 29 June-24 July 2020

The Advocates for Human Rights submitted a Suggested List of Issues Prior to Reporting on civil and political rights in Burundi for the 129th session of the Human Rights Committee.

After protests and a failed coup d’état in May 2015, the Government of Burundi intensified its repression of freedom of the press and political dissent. The Burundian National Defense Forces (BNDF) and the Burundian National Intelligence Service (SNR)—often in collaboration with members of the ruling party’s youth league, Imbonerakure—committed numerous killings, disappearances, abductions, torture, rape, and arbitrary arrests. The latest 2019 Commission of Inquiry report found that local administrative officials, members of the Imbonerakure, SNR officers, and police committed numerous human rights abuses, primarily the suppression of civil liberties. Journalists and human rights defenders have faced threats, harassment, and violence at the hands of police and security forces. The Government of Burundi has failed to uphold its human rights obligations regarding freedom of assembly, association, and speech, as well as protection against sexual violence, ill-treatment, torture, arbitrary arrest and detention, and extrajudicial executions.

Suggested Questions to the Government of Burundi: