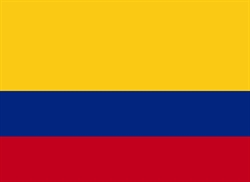 
Submission to the Committee on the Elimination of Discrimination Against Women, Relating to Access to Justice, Discriminatory Gender Stereotypes, and Violence Against Women; 72nd Session (18 February - 8 March 2019)

Partner: The Humphrey School of Public Affairs, University of Minnesota Human Rights Research Project on Implementation of Colombia’s Laws on Violence against Women

The Advocates for Human Rights, along with the University of Minnesota Humphrey School of Public Affairs, submitted a suggested list of issues for Columbia for the 72nd Session of the Committee on the Elimination of Discrimination against Women.

The report focuses on the effects of post-conflict demobilization and the recent surge in criminal activities in territories formerly controlled by the Revolutionary Armed Forces of Colombia (FARC) and along the border with Venezuela. Intimate partner violence against women and domestic violence, including sexual violence, against girls and children; have increased in the wake of the conflict.

Colombia’s judicial system places the greatest responsibility for intervention on underfunded Family Commissioners who are obligated to provide efficient and effective protection for victims. There have been reports of police refusing to execute eviction orders and taking the side of the aggressor. The Ministry of Health also refuses to provide at-risk women with mandated services such as housing, transportation costs, medical care, and psychological care. The Government of Colombia has failed to take steps to adequately address discriminatory gender stereotypes which further perpetuate a culture of violence in many communities. Lastly, migrant and refugee women are vulnerable to trafficking and violence.

The authors of the report propose the following priority recommendations to the Government of Colombia: