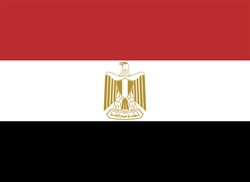 In March 2019, The Advocates for Human Rights, in partnership with the World Coalition Against the Death Penalty submitted a report to the 64th Ordinary Session of the African Commission on Human and Peoples’ Rights concerning its 4th Periodic Report on the Implementation of the African Charter on Human and Peoples’ Rights in Egypt. The report is primarily concerned with Egypt’s use of the death penalty, systemic use of torture, and ineffective accountability mechanisms.

The report outlines Egypt’s excessive use of the death penalty. Egypt employs the death penalty for non-fatal crimes and does so for defendants under the age of 18. The definition of “terrorism” is expansive, allowing the government to execute non-violent protesters. These factors and more contribute to Egypt’s rapid pace of executions. The report also highlights Egypt’s systematic use of torture. Law enforcement uses torture to extract forced confessions in capital cases. The government often keeps the bodies of capital defendants from families to hide signs of torture and abuse. Convicted people that are not executed are subject to inhumane conditions of detention such as lack of access to food, water, sanitation and basic amenities. The justice system does not hold torturers accountable, allowing a culture of impunity to fester and metastasize in Egyptian prisons. The Cairo criminal court conducted a mass trial following the 2013 coup, and Military and Security courts lack even the most basic safeguards of due process.

This stakeholder report suggests the following recommendations for the Government of Egypt: