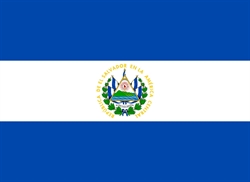 
The Advocates for Human Rights submitted a report on March 22nd, 2019 to the 34th Session of the Working Group on the Universal Periodic Review addressing El Salvador’s compliance with commitments made to improving human rights conditions.

The report highlights human rights violations against women and LGBTI individuals by both armed gangs and public security officials. The report recognizes the epidemic of domestic violence, gender-based sexual violence, and femicide as well as the ineffective government response. The report cites that in 2017, one woman was killed every 18.7 hours and that femicide impunity rates are estimated to stand as high as 77%. Violence takes a uniquely harsh toll on the LGBTI community in El Salvador, but the government has yet to prosecute anti-LGBTI hate crimes. The report identifies gangs as among the most serious threats to human rights in El Salvador. Gangs often treat women as disposable, perpetrating serious gender-based human rights abuses, and use families as bargaining chips in extortion schemes, coercive recruitment, and political intimidation.

The Advocates’ report makes several suggestions to the State Party to improve the human rights conditions of its people, including: