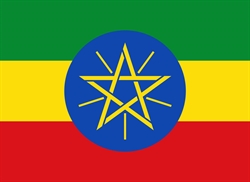 
Ethiopia’s Compliance with The International Covenant on Civil and Political Rights, Suggested List of Issues Relating to the Death Penalty, 130th Session of the Human Rights Committee (12 October - 6 November 2020)

The Advocates for Human Rights, together with The World Coalition Against the Death Penalty, submitted a Suggested List of Issues on the death penalty in Ethiopia for the 130th session of the Human Rights Committee.

Ethiopia has failed to uphold its obligations under the International Covenant on Civil and Political Rights (ICCPR) and has not acted to limit the application of the death penalty to?the “most serious” crimes. The Government of Ethiopia retains the death penalty for non-violent crimes, including, inter alia, terrorism “causing serious to historical or cultural heritages” and acting as an accessory to an offense that causes severe bodily injury. The State Party has not yet ratified the Second Optional Protocol to the International Covenant on Civil and Political Rights aimed at the abolition of the death penalty.

Violations of the rights to due process and a fair trial threaten the right to life. The State subjects people suspected of crimes and convicted of crimes to torture and other cruel, inhuman, or degrading treatment. Reports of the use of torture during interrogation and extended pre-trial detention remain widespread, especially for persons accused of terrorism-related offenses. Multiple civil society organizations, including Human Rights Watch and Amnesty International, have reported arbitrary arrest, arbitrary detention, torture, and other ill-treatment, as well as the absence of effective accountability mechanisms. Amnesty International also noted that hundreds of political opposition members have faced unfair trials in terrorism-related prosecutions.

The authors of the report suggest the following questions for the Government of Ethiopia: