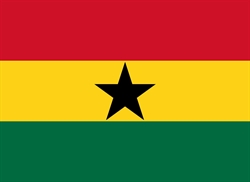 
The Advocates for Human Rights submitted a stakeholder report for consideration during the United Nations Human Rights Council's 14th session of the Working Group on the Universal Periodic Review, when the Council will conduct its second Universal Periodic Review of Ghana. During the first review in 2008, Ghana rejected a recommendation to continue promoting human rights standards and fighting discrimination among vulnerable groups, including immigrants. The Advocates' report focuses on human rights developments concerning the 11,301 Liberians currently registered in the Buduburam refugee settlement in Ghana, all of whom will lose their status as refugees on July 1, 2012.

The Advocates began its work with the Liberian Truth and Reconciliation Commission (TRC) in 2006, gathering statements from more than 700 Liberians in Buduburam and conducting fact-finding interviews with NGOs and aid workers working on the camp, U.N. agency representatives, and Ghanaian government officials between 2007 and 2010. Based on The Advocates’ extensive work with the TRC and in monitoring of the situation in Buduburam, the stakeholder report outlines the ongoing discrimination against Liberian refugees and violations of their rights with respect to employment, education, housing, and access to health care. The Liberians’ lost refugee status after June 30, 2012; however, the invocation of the cessation clause will only heighten their vulnerability to discrimination.

The Ghanaian government has generously offered to allow some Liberians to opt for "local integration" into Ghanaian society. But The Advocates’ report notes that the lack of clarity about this local integration process will likely result in arbitrary or discriminatory eligibility determinations, and also risks subjecting Liberians to unlawful deportations without due process of law. The report urges members of the Human Rights Council members to recommend Ghana that it ensure that no Liberian is forcibly repatriated and to protect and promote the rights of all Liberians remaining in Ghana.