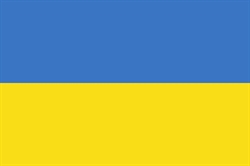 The Prosecutor of the ICC has announced his intention to open an investigation into the situation in Ukraine. The Advocates explains what this means and what crimes would be covered under such an investigation.

Neither Ukraine nor Russia are State Parties to the Rome Statute, the treaty that governs the International Criminal Court (ICC). However, the government of Ukraine, which has signed but not ratified the Rome Statute, approved two different declarations accepting ICC jurisdiction over applicable crimes committed within its territory, The first, on April 9 of 2014, recognized the ICC's jurisdictions for crimes committed between November 21, 2013 and February 22, 2014. The second, on September 8, 2015, extended the prior declaration to include crimes against humanity and war crimes committed by "senior officials of the Russian Federation and leaders of terrorist organizations, 'DNR' and 'LNR'... from February 22, 2014 into the indefinite future."

The Prosecutor's office issued a preliminary report in December of 2020 describing events that occurred in Ukraine from 2013, when Victor Yanukovych was President of Ukraine. There was violent suppression of protests of the government in Kyiv in November of 2013, the "Maidan events." Scores were killed, hundreds injured. President Yanukovych was then ousted by vote of the Ukrainian Parliament in March of 2014, whereupon Russia annexed Crimea by force. Russian separatists in eastern Ukraine, backed by Putin, rioted and there was armed conflict there for the next six years, despite a putative ceasefire agreement in 2015. After reviewing this background, the staff of the Prosecutor's office had reason to believe there was an admissible case to be made for various war crimes, but it deferred to the next Prosecutor, when elected, the decision on recommending prosecution based upon the workload and priorities of the office. Volodymyr Zelensky, Ukraine's current head of state, was elected President in 2019.

After reviewing this background, the staff of the Prosecutor's office had reason to believe there was an admissible case to be made for various war crimes, but it deferred to the next Prosecutor, when elected, the decision on recommending prosecution based upon the workload and priorities of the office.

The current Prosecutor is Karim A.A. Khan, an English barrister. Khan issued a statement on February 28, observing that, in light of the prior declarations by Ukraine and the report of his staff from December of 2020, plus the urgency of the ongoing Russian invasion, he believes there is reasonable basis for his office to open an investigation that will include not only the events discussed in the staff report, but any new alleged crimes by any person on any side of the conflict in Ukraine. He has requested staff to explore evidence preservation opportunities, and he will seek permission for an investigation from the court's Pre-Trial Chamber, unless that can be short-circuited by a State Party referring the situation to his office.

The four general crimes that the ICC can prosecute are genocide, crimes against humanity, war crimes, and (since 2018) crimes of "aggression," meaning waging an aggressive war. The latter may well be applicable to Putin's actions, but the charge can only be brought against the leaders of member states of the Rome Statute, so Russia is not within the scope of crimes of "aggression" for these purposes.

The definition of war crimes is broad, under Article 8, however: targeting civilians with military force, killing or wounding civilians or humanitarian workers, rape, torture, taking hostages, targeting non-military targets, any violation of the Geneva Convention: these are examples of war crimes potentially subject to prosecution. Crimes against humanity are defined by Article 7 of the Rome Statute; it includes knowingly engaging in conduct, such as murder, extermination, torture, persecution of a group based on national grounds, on a widespread or systematic basis against a civilian population. Genocide (Art. 6) is defined as acts committed intended to destroy a national, ethnical, racial or religious group, which includes: "a) killing members of the group; b) causing serious bodily or mental harm to members of the group; c) deliberately inflicting on the group conditions of life calculated to bring about its physical destruction in whole or in part." Being a head of state is not a defense under the Rome Statute.

The Prosecutor will gather his case to submit it to the judges of the Pre-Trial Chamber, which will decide whether to authorize a full investigation. As in U.S. criminal prosecutions, the Prosecutor and the Pre-Trial Chamber (analogous to a grand jury) may consider any information that is gathered regardless of its evidentiary provence (see, e.g., Chapter 4, Section 2 of the Rules of Procedure and Evidence). The Prosecutor is authorized to gather information from any reliable source for conducting his investigation, specifically including non-governmental organizations. (Article 15-2 of the Rome Statute.) That information may provide important context or may lead to admissible evidence later in the investigation.

By James O'Neal, Retired Attorney and Member of The Advocates' Board of Directors

The Advocates for Human Rights is gathering information from Ukrainians on-the-ground in Ukraine about what they have seen or heard that would fall within the scope of war crimes, crimes against humanity, and genocide. The Advocates will compile their stories and submit to the prosecutor for his investigation into the situation in Ukraine. We are grateful to the courageous Ukrainians stepping forward to share their stories. If you have information you would like to share about the situation in Ukraine for The Advocates' report to the ICC, please contact Elizabeth Lacy at elacy@advrights.org.