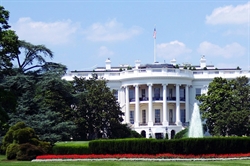 As the United States transitions to a new administration, The Advocates for Human Rights looks forward to a renewed commitment to human rights in our domestic and foreign policy. Human rights standards provide a foundation to ensure that policy making is just, fair, and respects human dignity.

Topping the list, we welcome the end of the Muslim Ban, which four years ago served as the flagship for a xenophobic administrative agenda. We welcome the Biden-Harris Administration's commitment to pursue an immigration policy that takes steps to reverse the harmful and illegal actions of the past four years and to chart a new course so that people can move with dignity. The Advocates looks forward to the Administration's commitment to provide a path to regularize status and ensure dignity for those within our communities, restore our leadership on international human rights protections for those fleeing harm, and modernize our immigration system to recognize that harsh policies serve only to harm our nation and violate human rights.

The Advocates additionally welcomes the Biden-Harris Administration's stated priority to improve racial equity and justice through legal reforms that address systemic injustices in our legal system. International human rights law provides important guidelines for policing and use of force that should form the basis of these reforms, along with prohibitions against all forms discrimination in policy and practice. The Advocates particularly welcomes that, as of today, the federal Bureau of Prisons has removed the executions previously scheduled for this week from its calendar.

The Administration has promised to re-join the Paris Climate Accord and the World Health Organization. Restoring American involvement and leadership in international organizations and mechanisms is an important first step in effectively addressing the many challenges facing the world community.

We also welcome the new Administration's promises to protect all persons, regardless of gender or gender identity, beginning with plans to repeal transgender military ban enacted by President Trump, restore Obama-era guidance for transgender students in schools, and push to pass the "Equality Act," a bill to add more protections for LGBT Americans. We also anticipate a renewed focus on ending violence against women, including the reauthorization of the Violence Against Women Act and the expansion of its essential protections.

Through our work, we have seen the negative impact of COVID-19 on victims of domestic violence and immigrants attempting to access legal protections in our immigration courts. Economic harms from the pandemic have increased evictions and foreclosures, increasing vulnerabilities to human trafficking and exploitation. We call on the new Administration to take a wholistic approach to responding to the health needs and economic harms caused by COVID-19.

The Advocates knows that environmental concerns have impacts on human rights-often, driving migration, increasing conflict leading to abuses, and exacerbating existing inequalities and injustices. We welcome the new Administration's day-one efforts to address climate change and the environment.

The first priorities of the new Administration must be met with sustained commitment to respect for human rights, including racial equality, gender equality, migration with dignity, and advancement of protections for all people as we confront challenges facing the world.