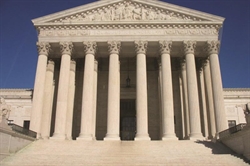 In the early morning hours of January 13, 2021, the United States government violated its international obligations in taking the life of Lisa Montgomery. Lisa Montgomery was convicted of a terrible crime. But her conviction came after a trial in which the judge and jury were not given the full story of the horrific childhood abuse, including sexual torture, that she endured, nor of the multiple psychosocial disabilities she developed as a result of that abuse and of fetal alcohol syndrome because of her mother's alcoholism. US courts refused, over the ensuing years, to grant Ms. Montgomery a new trial or sentencing hearing at which that evidence could have been properly considered. The Trump administration ignored many pleas for clemency.

The execution of Lisa Montgomery also violated the United States' obligations under international law. Article 6 of the International Covenant on Civil and Political Rights, a treaty to which the US is a party, guarantees that no one will be arbitrarily deprived of the right to life. It is clear that the failure to afford a death penalty defendant a fair trial makes the resulting death sentence arbitrary. Earlier this week, Ms. Montgomery's attorneys obtained several stays of her execution, all of which were quickly vacated by the US Supreme Court. A federal district court in Indiana found that testimony of mental health experts established the threshold showing to require a hearing to determine whether Ms. Montgomery was able to understand why the government sought to execute her. Unfortunately, the 7th Circuit Court of Appeals, while agreeing that the requisite showing was made, ruled that the claim was raised too late. In other words, even though her execution was recognized to be unlawful under the US Constitution, it proceeded anyway.

The UN Human Rights Committee has explained in its General Comment 36 how Article 6 of the ICCPR applies in cases involving the death penalty. The execution of a person whose psychosocial disabilities impeded her defense, limited her moral culpability, or diminished her ability to understand the reason for her sentence, as well as the execution of a person who has suffered serious past human rights violations, all factors that applied in Ms. Montgomery's case, also violate the ICCPR as cruel, inhuman and degrading treatment and an arbitrary deprivation of the right to life.

The Inter-American Commission for Human Rights had recently called for a stay of the scheduled execution so that it could fully review alleged violations of Ms. Montgomery's human rights due her psychosocial disabilities, lack of due process in her trial, and the conditions of her detention. Ms. Montgomery (the only woman on federal death row) was being held in solitary confinement. All of these rights are protected under both the American Declaration on the Rights and Duties of Man and the American Convention on Human Rights. Article 7 of the ICCPR also prohibits prolonged solitary confinement as cruel, inhuman and degrading treatment.

Finally, on Friday, January 15, the Trump administration intends to execute Dustin Higgs. Mr. Higgs was a participant in a crime during which another man killed three women. It is undisputed that Mr. Higgs did not kill anyone. The UN Human Rights Committee explained in General Comment 36 that where the death penalty has not yet been abolished, it must be limited to only the "most serious crimes," which include only those crimes in which the person sentenced to death intentionally killed someone.

The planned executions of Mr. Johnson and Mr. Higgs are currently subject to a stay issued by a Washington, DC, district court. The federal court held that the executions cannot be carried out until the two men have recovered from COVID-19 infections, due to the heightened risk that the lethal injection process would cause pulmonary edema and resulting terrible pain and sensation of drowning (similar to waterboarding, which is widely recognized as torture). Proceeding with the executions under these circumstances would also violate Article 7 of the ICCPR, which prohibits torture and cruel, inhuman or degrading treatment.

An additional tragedy here is that these executions come just days before the inauguration of President-Elect Joe Biden. Mr. Biden has stated his intention to halt further executions, and members of Congress are preparing to introduce legislation to formally end the federal death penalty. Had Lisa Montgomery been able to maintain a stay of her execution for just over a week, her execution would likely have never taken place. The Advocates for Human Rights deplores the Trump administration's unlawful taking of these lives, and urges President-Elect Biden to immediately commute all remaining federal death sentences to ensure that those sentences will never be carried out.