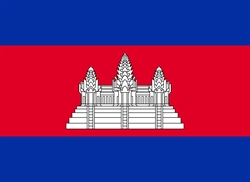 The Advocates for Human Rights submitted a stakeholder report on political-based violence in Cambodia for the 32nd Session of the Human Rights Council’s Working Group on the Universal Periodic Review.

The Constitution of Cambodia recognizes the right to political participation and assembly; however, the government has suppressed political opposition and has engaged in arbitrary arrests of human rights defenders since 2014. In November 2017, the Cambodian Supreme Court dissolved the leading opposition party, the Cambodian National Rescue Party. Opposition supporters and party officials were arrested, killed, or fled the country. Vaguely defined laws increase the risk of arbitrary arrests of NGO staff and opposition members who publicly denounce the ruling party. The report also details accounts of a crackdown on the media and journalists. Some progress has been made to improve conditions of detention.

This stakeholder report suggests the following recommendations for the Government of Cambodia: