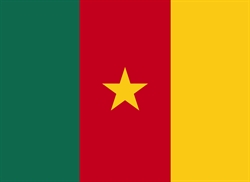 
Cameroon’s Compliance with the Convention against Torture and Other Cruel, Inhuman or Degrading Treatment or Punishment

The Advocates for Human Rights submitted a Suggested List of Issues on the Social crisis in North-Western and South Western regions (Anglophone Crisis) in Cameroon for the 70th Session of the Committee Against Torture.

The government of Cameroon routinely detains people based on perceived support for the Anglophone separatist movement. In detention, Cameroonian authorities subject Anglophones and people suspected of supporting them to torture and cruel, inhuman, and degrading treatment, in direct violation of Articles 2 and 16 of the Convention. Multiple sources report that security and defense forces have beaten and even killed scores of people, have arrested people without a warrant, and have sought charges against them in military courts for terrorism, all based on their actual or imputed support for the Anglophone movement. Firsthand stories from The Advocates’ clients seeking asylum in the United States confirm reports of torture, inhuman conditions of detention, and arbitrary detention.

The State fails to appropriately censure the marginalization, persecution, discrimination, and violence directed toward these people and to provide a remedy to victims, as required by Articles 12, 13, and 14 of the Convention. The continued criminalization of the Anglophone separatist movement has created a hostile and unsafe environment for Cameroon’s English-speaking minority.

The authors of report suggest the following recommendation for the government of Cameroon: