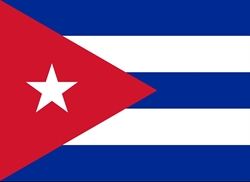 In October 2017, The Advocates for Human Rights and The World Coalition Against the Death Penalty submitted a report to the Human Rights Council addressing the death penalty in Cuba for that country’s Universal Periodic Review.

The Cuban government has maintained a de facto moratorium on the imposition of the death penalty since its last reported execution in 2003, and death row has been empty in the country since 2010. However, the death penalty has not been abolished, and is not limited to the most serious crimes. Crimes punishable by the death penalty include rape, robbery, treason, and drug trafficking.

Prior to these commutations, inmates on death row have been reported to be treated with poor conditions including solitary confinement, isolation, denial of health care, insufficient food and water, poor hygiene conditions, beatings, and torture.