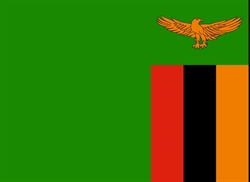 
The Advocates for Human Rights, along with the World Coalition Against the Death Penalty, submitted a List of Issues relating to the death penalty in Zambia for the 130th session of Human Rights Committee.

Although Zambia has observed a de facto moratorium on executions since 1997, the government still authorizes death sentences and vast majority of Zambians maintain their support for the death penalty. The crimes punishable by the death penalty also include crimes not listed as “most serious” under Article 6 of the International Covenant for Civil and Political Rights. To tackle overcrowding in prisons, Zambia reports constructing four new prisons and the undertaking of the construction of two more. Unfortunately, the conditions for individuals on death row have not improved, as evident by the government holding 393 individuals in a unit intended to hold 96 people. Individuals in prison are also subjected to violence and torture from prison officers.