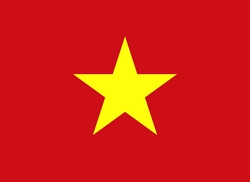 Suggesting List of Issues Relating to the Rights of Children Whose Parents are Sentenced to Death or Executed, 87th Session of the Committee on the Rights of the Child Pre-Sessional Working Group (1 - 5 June 2020)

The Advocates for Human Rights, along with The World Coalition Against the Death Penalty, submitted a suggested list of issues on the rights of children whose parents are sentenced to death or executed in the Socialist Republic of Vietnam for the 87th session of the Committee on the Rights of the Child.

In 2015, the Vietnamese Penal Code was revised to limit capital punishment to 18 offenses. The offenses include murder, drug trafficking, manufacturing fake medicines, as well as various economic crimes, such as receiving bribes and embezzling property. Political acts perceived as “threats against national security” also carry the death penalty as a maximum sentence. Statistics on the number of death sentences and executions are classified as “state secrets.” International and national media report an average of 100 death sentences per year.

According to a 2019 report published by Quaker United Nations Office (QUNO), death sentences or executions of a parent can violate a child’s right to health, information, and protection from discrimination. Moreover, the trauma a child of an incarcerated or executed parent experiences can rise to the level of torture, and can compromise a child’s right to an adequate standard of living. It is unclear whether courts and prison officials provide children with adequate information regarding their parent’s court dates or execution date. The trauma children undergo when denied this right to be appropriately informed of the date, time, and location of their parent’s pending execution constitutes ill-treatment or torture.

The authors of report suggest the following recommendations for the government of Vietnam: