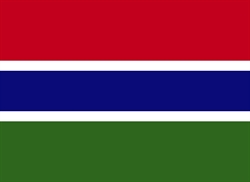 
Partner: The World Coalition Against the Death Penalty

The Republic of the Gambia (the Gambia) has been a de facto abolitionist State having no reported executions since 2012, and in 2018 President Adama Barrow announced a moratorium on the use of the death penalty and the Gambia subsequently ratified the Second Optional Protocol to the International Covenant on Civil and Political Rights (the Second Optional Protocol). The Gambia has not yet amended its Constitution to reflect a formal legal ban on the use of the death penalty.

The Gambia has worked to eliminate torture, improve access to the judicial system, and eliminate extra judicial killings, including ratifying the Convention against Torture and Other Cruel, Inhuman or Degrading Treatment or Punishment. The Gambia must continue to work to improve the conditions of detention and to reduce the length of pretrial detention.