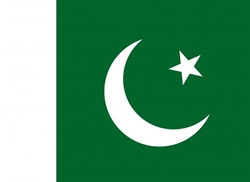 
The Advocates for Human Rights, together with the the World Coalition Against the Death Penalty (WCADP), Legal Awareness Watch Pakistan (LAW), Marvi Rural Development Organization (MRDO), and The Human Rights Commission of Pakistan (HRCP), submitted a Joint Stakeholder Report on the Death Penalty in Pakistan for the 42nd Session of the Working Group on the Universal Periodic Review.

Many thousands of people currently face capital punishment in Pakistan; estimations indicate that there are more than 3,800 people on death row. Since the moratorium on the death penalty was lifted in December 2014, Pakistan has executed 511 persons. Although 34 recommendations were made with regard to the death penalty in the third-cycle of the Universal Periodic Review, the Pakistani Government noted all of them. In fact, Pakistan has not limited the use of the death penalty to certain crimes in which the defendant committed an intentional killing. Rather, courts have sentenced people to death even for non-violent crimes, such as drug-related offenses, and for civil offenses related to blasphemy. Defendants in capital cases face multiple fair trial issues in these courts, which routinely justify death sentences despite improper identifications and a lack of evidence. Further, due to inadequate determination procedures for age and psycho-social disabilities, minors and persons with disabilities are routinely sentenced to death.

The authors make the following recommendations to the Government of Pakistan: