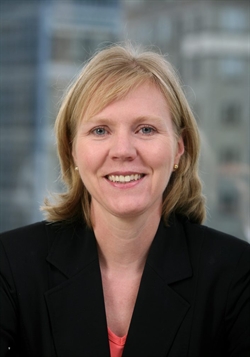 
Attorney Jennifer Prestholdt directs organizational operations at The Advocates and supervises the development and administration of The Advocates' International Justice Program.

As The Advocates for Human Rights' deputy director, Jennifer Prestholdt assists in fundraising for and directing organizational operations. As the director of the organization's International Justice Program, she supervises the program's development and programming.

Prior to becoming deputy director of The Advocates for Human Rights, Prestholdt practiced asylum law for five years as the organization's director of the Refugee and Immigrant Program. Ms. Prestholdt has also taught International Human Rights Law as an adjunct faculty member at the University of St. Thomas School of Law.

She has worked on refugee and asylum issues for the United Nations High Commissioner for Refugees in Geneva, Switzerland. She has also interned for the Reebok Human Rights Program and the United Nations Sub-Commission on Prevention of Discrimination Against and Protection of Minorities.

Publications
"Refugee Participation in Peacebuilding: The case of Liberian refugee participation in the Liberian Truth and Reconciliation Commission." The Journal for Peace & Justice Studies Volume 20, Number 2 (2010). Written by Jennifer Prestholdt and Laura A. Young

"1995 Developments at the U.N. Sub-Commission on Prevention of Discrimination and Protection of Minorities." ACLU International Civil Liberties Report 27 (1996). Written by Jennifer Prestholdt and David Weissbrodt